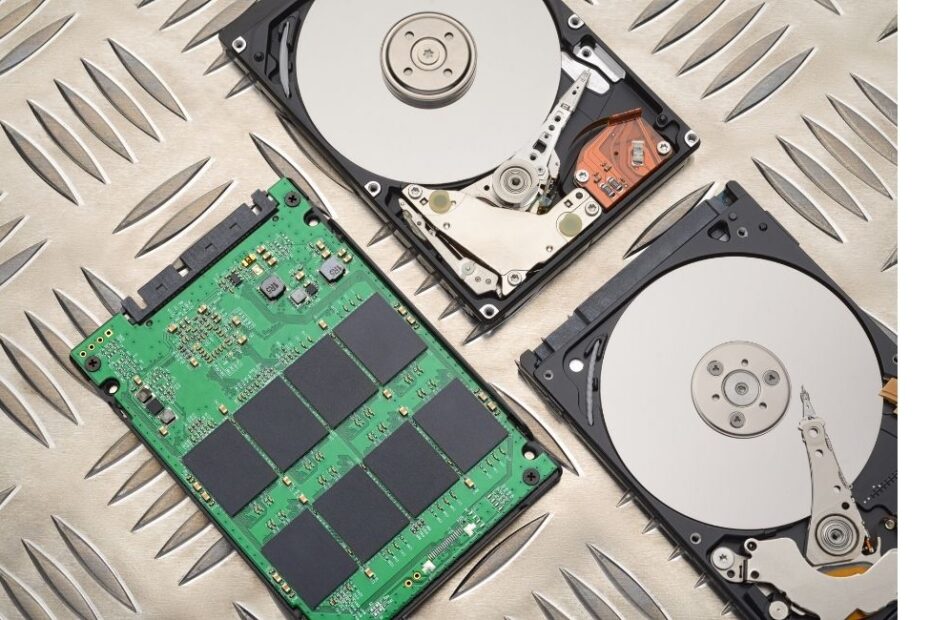 SSD vs HDD: Everything You Need to Know

Whether you're building a new desktop or buying a new laptop or upgrading an older one, you cannot avoid the SSD vs HDD debate. You may wonder- *Which storage drive is faster? *Which one lasts longer? *Which one is cheaper?

As a veteran in the tech industry, I will answer these questions and you'll find out if you really need an SSD to buy.

In this article, I will discuss various positive and negative aspects regarding HDD vs SSD.

SSD vs HDD: What are They?

As you may already know, SSDs are a newer form of technology in the storage medium than HDDs. Before you decide which drive to buy, you should know a little more about the SSD vs HDD hardware difference.

HDD (Hard Disk Drive)gets this name due to the LP record, which resides inside it. It uses magnetic technology to store data onto the rotating disk and read them when the users want it. Transducers or needle arms are used to read and write this data.

Likewise, SSD (Solid State Drive) refers to the lack of moving parts in this type of storage drive. This lacking allows SSDs to be much smaller than HDDs. The M.2 form factor of SSDs can be connected directly to the Motherboard without any wiring.

Here are the key differences:

Because of the moving parts, HDDs are generally more vulnerable than SSDs, although this is not a decisive factor. Depending on the quality, some HDDs could potentially output better performance than other SSDs.

Superior speed is one of the major contributing factors behind the popularity of SSDs. In most scenarios, SSD’s have a much higher read/write speed than their HDD counterparts.

Speeds for HDDs are measured in RPM, which stands for Revolutions Per Minute. It refers to how quickly the disk rotates inside an HDD. As you must’ve guessed, RPM does not apply to SSDs. If that’s the case, how can you determine the speed of SSD vs HDD?

You have to use common factors to determine HDD vs SSD speed. You can see a comparison of the speed of HDD vs SSD using these factors here:

However, specific HDDs can show a much higher response time and speed.

The lifespan of SSD vs HDD comes down to which type of drive lasts longer. As you would imagine, the magnetic data-storage mechanism makes HDDs vulnerable, but it doesn’t mean that SSDs are the clear victors.

Data in SSDs are stored in the form of electrical charges, and several factors can harm this data. There are clear areas where one may be seen as superior to the other in the HDD vs. SSD lifespan debate.

You don’t have to worry about the lifespan of HDD vs SSD. The drives from any renowned brand in the market should last enough no matter which one you buy.

But the power that these drives directly take to operate is not the only cost. Your CPU also has to expend power to read and write from these drives. For SSD, CPU has to spend 1% of its power, while for HDD, the cost is about 7% of its power.

Although the difference looks like a lot at first glance, neither drives are active all the time. Hence, the drives do not consume any power when they are idle. So, you don’t have a lot to gain from making an HDD vs SSD power consumption argument.

No matter which drives you to buy, a product from a good and renowned brand should last as long as its warranty unless you receive an incredibly faulty unit. For the average user, SSDs are more reliable than HDDs. However, this does not paint a complete picture.

If you are likely to upgrade or change your computer within 3 to 5 years, neither drive will cause you to worry. HDD vs SSD reliability comes down to which lasts longer, and if you are an average user, you won’t know the difference.

With great speed comes excellent performance, and that’s why SSDs offer notably better performance than HDDs. Generally, HDD vs SSD performance can be determined based on a few specific factors.

Purely in terms of performance, HDD is not a match for SSD. If you have an older computer that has gotten really slow, getting an SSD can instantly revive it. New computers with SSDs also offer more consistent performance over the years.

A striking difference could be found for SSD vs. HDD in gaming, especially with modern games that use a lot of resources. It’s because games have to read and write a lot of data when you’re playing. So, your gaming experience will be significantly better on an SSD.

If you’re not making a gaming PC or have no plan to play the latest and greatest games, you don’t have to explore SSD vs HDD. Older titles are likely to run decently on both types of drives.

M.2 is a newer form-factor for SSDs that are much smaller and you can directly connect it to your Motherboard. Even here, these small SSDs may utilize a SATA III or NVMe transfer protocol. Just know that NVMe is the newer and faster variant.

So, you should get an M.2 SSD with an NVMe connector.

You may experience variable longevity from your SSD based on whether your operating system is configured to recognize an SSD's presence properly or not. The way to maintain an HDD is notably different than SSDs.

The latest (ver. 2004) of Windows 10 comes with a bug that can be severely harmful to your SSD. It happens because Windows cannot tell that you have an SSD and continues to run scheduled defragmentation on the drive.

The GPT Partition Table is considerably better for newer computers compared to the MBR Partition Table. For HDD vs SSD maintenance, you can safely use the GPT partition table. It is suitable for both drives and removes some read/write limitations.

You might have noticed how SSD has dominated most of the discussion categories in this article. But it is not going to dominate this one. SSDs are considerably more difficult to recover data from when compared to HDDs. Keep reading to know why.

So, you have read through the whole article without making a proper decision, or you have jumped directly to this epilogue. Whichever the case, I will give you a verdict here and now.

Why Not Both? Yes, you can get both. If you only use your computer for regular academic or professional work and a little bit of gaming on the side, you don’t have to invest heavily in an SSD.

Instead, get a small 120GB or 240GB SSD and install your operating system on it. The rest of your drives where you store your files can be partitioned from an HDD. It is the most cost-effective solution for the average user.

Which Brands are Good? An SSD from Samsung is recommended. These are a little expensive, but they are just as good. You can also look at Transcend for cheaper options. Western Digital and Transcend are both great for HDDs.

previousGROHE VS HANSGROHE: WHICH ONE YOU SHOULD CHOOSE?
nextCompare and Review Irobot Roomba 675 vs 690